A memorial memory of Pete Ferraz

Should I rather say that Pete’s spirit lives on…. After the recent death of the founder of Splashy Fen, we found ourselves drawn to attend the memorial service of a man who had become very much a presence in our lives. My husband and I journeyed the road trip from Durban to the farm of Splashy Fen to pay our respects to a wonderful family. I noted with a lump in my throat the many cars descending the rolly polly hillside, creating a dust trail behind them, as they approached the Riverside Cottage. 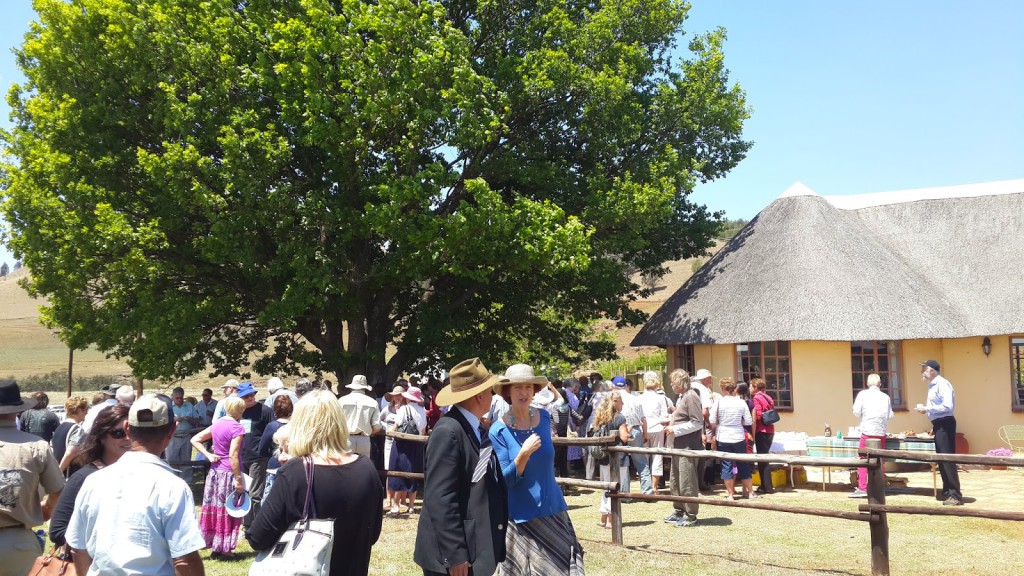 With memorials comes a reconnection of many past relationships  , memories relived and with this one, for us, the distance travelled was as long as this relationship. I had met Pete and Almary shortly after Andrew and I had met. It was one of the first courting weekends away. Thereafter followed many family holidays whilst the kids were little and also times of healing retreats whilst my aunt was in remission from cancer. Lazy afternoons spent sketching was a favoured past time.
Warm breezes inspired us to slow down, our eyes feasting on the hills, 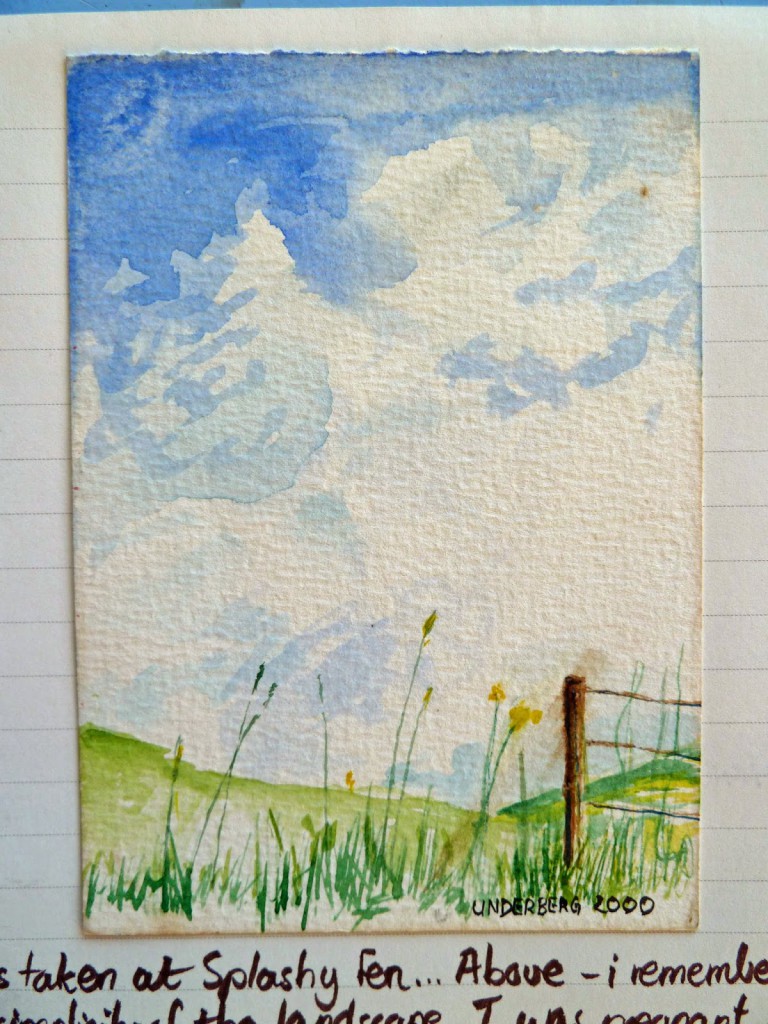 our tummies full of experimental cuisine. Pete loved cooking and appreciated portuguese tastes. Proud of his portuguese roots, he had once gone off to Portugal to a banquet of many Ferraz”s.

As we arrived we were met by Penny,  Pete’s daughter,jewellery designer and friend. She’d read out of psalm 24 and  104. Strong believers, Pete had left a message to sing the hymns with “gusto”.

The second person we embraced in her corn blue dress, eyes the shade of bright skies, Almary! On seeing Andrew she shed a tear for the relationship went back further than Andrew was born. I’ll let Andrew fill in the details… but at this point I share that Andrew’s sister and mum could not be here as they were both in France at the time…

Andrew’s reflections: “Its not often we can reflect on someone’s life and say that they truly lived their dreams, but with Peter Ferraz that was certainly the case. I recall him sharing his dream to start a trout farm and thinking that he was smoking his socks but he and Almary made it happen. A man of great enthusiasm Pete went for things with a passion. I recall long evenings spent in rambling conversations on all manner of topics. He was always great to talk to as he had read so widely and held strong opinions which he was willing to share and debate. Setting off on a walk from Splashy Fen with Pete (and the ubiquitous dogs) was always an adventure as you could never be sure where you would end up – or at who’s house. Fortunately for us his legacy lives on in another of his dreams as the Splashy Fen Music Festival- A tribute to a life well lived.”

Matopos mountains – spiritual home. He had managed to experience them with his wife and four girls shortly before he died.
Always late , Robin Church said, …but never let you down and was always worth waiting for. A
creative intellect that drank in everything to do with journalism. He himself a journalist , had worked with Andrew’s father, back in the day, at the Star… had covered the watergate scandal in America and never stopped pursuing truth.

This entry was posted in Uncategorized and tagged journalist, Pete Ferraz, Splashy Fen. Bookmark the permalink. Post a comment or leave a trackback: Trackback URL.